Diane's primary goals as an educator is to encourage students to think critically about the world, guide students to find their own voices as researchers, and challenge students to use classroom knowledge to address real world issues. She teaches courses on American politics, Asian American studies, race and ethnicity, immigration, social movements, media and cultural production, urban politics, and feminist research methods. Diane has gained extensive experience from teaching various courses over the span of five years at Cornell University, New York University, and Rutgers University, she has also been invited to guest lecture for undergraduate and graduate courses at Stanford, Princeton, Sarah Lawrence, Brandeis, Wellesley, and Hunter College. ​Her commitment to innovative pedagogies has been supported through competitive awards and fellowships from the Knight Institute for Writing in the Disciplines at Cornell University.
Race and Ethnicity in US Politics, Instructor (Rutgers University, Fall 2021)
​
In this seminar, we start with the basic premise that race matters. How do we understand the conceptualization of race across time? How has the production of racial difference shaped our own experiences and relationships to the American state? What are the connections between racial power and protest — what are the possibilities for change? Together we will survey the literature in political science, sociology, anthropology, history, urban studies, ethnic studies, and other fields to explore how race and racialization processes are articulated in the production of everyday life and entangled with other social structures including gender, class, sexuality, nation, empire, and colonialism. We will spend the first half of the semester interrogating the roots of race and racism in the United States, discussing the intersecting histories of the Transatlantic slave trade, colonialism, migration, and borders. The second half of the semester will focus on resistance and political agency — emphasis will be place on contemporary moments for racial justice from the movement for Black lives uprisings to recent calls to #StopAAPIHate. Topics include but are not limited to ethnic and panethnic identities, diasporic intimacies, immigration, spatial segregation, incarceration, displacement, solidarity and abolitionist futures.

How do we understand the relationship between race, space, and power? How have complex dynamics of race shaped urban transformations and temporalities? How has the production of racial difference shaped our own experiences and relationships to urban space? Together we will survey the literature in urban studies, political science, sociology, critical geography, ethnic studies, anthropology, and other disciplines to explore how race and racialization processes are articulated in the production of urban life and entangled with other structures including class, gender, sexuality, nation, and colonialism. Topics include but are not limited to spatial segregation and urban renewal, slow violence and ecological degradation, displacement and gentrification, criminalization and immigrant detention, urban sanctuary and abolitionist futures. Emphasis will be placed on the question of political agency and contemporary moments for racial justice in the American context from the Movement for Black Lives to #CancelRent strikes. We will center Newark in the curriculum and in our collaborative work, a city with a long linage of resistance movements and visions of urban possibilities.

In this seminar, we will explore basic concepts and theories for analyzing historical and contemporary Black and Asian relations in the United States. We will survey the literature in political science, ethnic studies, sociology, and history to examine how race and racialization processes are articulated over time for both groups and entangled with other structures including class, gender, and nation. Topics include but are not limited to ethnic and panethnic identities, transnationalism, Islamophobia, immigration, residential segregation, incarceration, displacement, generational dynamics, and resistance. In particular, emphasis will be placed on the question of political agency and moments of interracial solidarity that range from the Black Liberation Movement to the Asian American Movement in the 1960s and the contemporary Movement for Black Lives to the Model Minority Mutiny. Texts include Bitter Fruit: The Politics of Black-Korean Conflict in New York City by Claire Jean Kim, Afro Asia: Revolutionary Political and Cultural Connections by Fred Ho, Freedom Dreams: The Black Radical Imagination by Robin D.G. Kelley, and From Black Lives Matter to Black Liberation by Keeanga-Yamahtta Taylor.

What does the growing population of Asian Americans mean for the landscape of American politics? What are the contours of Asian American political consciousness and movement? Using the lens of comparative racial formation, this seminar investigates Asian American political participation around contemporary issues such as immigration, multiracial coalitions, affirmative action, data disaggregation, detention and deportation, Islamophobia, intergenerational relations, and gentrification. This course will explore the political developments that gave rise to “Asian America” in the 1960s and probe deeper theoretical questions about the complexities and pluralities of the contemporary Asian American experience. We will also consider the role of American political institutions including the federal, state, and local governments, and how public policies at all levels come to shape the political lives of Asian Americans in the United States. Texts include Claire Jean Kim’s Bitter Fruit: The Politics of Black-Korean Conflict in New York City, Karen Ishizuka’s Serve the People: Making Asian America in the Long Sixties, Eric Tang’s Unsettled: Cambodian Refugees in the New York City Hyperghetto, and Monisha Das Gupta’s Unruly Immigrants: Rights, Activism, and Transnational South Asian Politics in the United States. As we read these texts, students will be exposed to intersectional, comparative, and emergent approaches to the study of race, culture, power, place, and politics.

What can Chinatowns reveal about the American imagination? What is the continued significance of Chinatown in the U.S.? In this course, we will examine historical representations of Chinatown beginning with the first wave of migrant laborers on the west coast and ending with contemporary struggles around dispossession. Topics include but are not limited to the construction of Chinatowns through public policies, gender dynamics in urban immigrant space, and the ways that artists have sought to intervene in the problems of displacement, immigration, and community-building. To study these issues, we will make use of various primary materials — including oral histories, films, poems, newspaper articles, music, and multimedia works — and intersectional and comparative approaches to the study of race, culture, politics, and place in urban America. Critical texts include Jack Tchen’s New York Before Chinatown: Orientalism and the Shaping of American Culture, Jean Lau Chin’s  Who are the Cantonese Chinese? New York City Oral History Project, and Jan Lin’s Reconstructing Chinatown. This seminar will place emphasis on New York’s Chinatown and students will have the opportunity to meet with and learn from community members while at the same time produce research that contributes to the fast changing neighborhood.

From East Harlem in New York City to Chinatown in San Francisco, the process of gentrification has changed many neighborhoods across America. In this seminar we will consider the various definitions of gentrification and explore the explanations of why the process occurs in the first place. More specifically, the reading materials will 1) investigate the relationships between gentrification and issues of race, class, gender, and sexuality and 2) consider the role of local policy and elected officials in the process. The course will include contemporary readings from scholars whose work has influenced multiple disciplines, including ethnic studies, anthropology, history, geography, sociology, and economics. As we read these texts, students will be exposed to intersectional and comparative approaches to the study of race, politics, and culture in urban America. How does gentrification reinforce social and racial hierarchies in the United States? What factors contribute to a neighborhood’s gentrification? What can we do about gentrification? To answer these questions we will look closely at the impact of gentrification in New York City.

We will also consider the ways in which residents respond to the process in their own neighborhoods. From the assigned materials, students will have the opportunity think about the tactics of resistance that those most impacted use to combat the negative effects of gentrification. At the end of the semester, students will have a more complete understanding of how complex and contradictory local politics is, as well as how local policy decisions can have a durable impact on everyday life. This course will offer students the opportunity to develop an original research project that applies theoretical knowledge to issues related to gentrification: displacement, residential segregation, environmental racism, homelessness, police violence, youth criminalization, and mass incarceration. The seminar will use one introductory textbook and draw on music, film, photography, and digital media to provide alternative perspectives. In addition, students will have the opportunity to learn about the Cornell University Hip Hop Collection, Africana Studies and Research Center, as well as learn from community organizers based in the Ithaca area.

American politics today is full of paradoxes. Although U.S. government is based on principles of representative government, most Americans—far more than a half-century ago--have little confidence in the functioning of the political system, believing it to be unresponsive to citizens. Increasingly, many observers worry that U.S. government—though one of the most enduring in the world and situated within the world’s wealthiest society—lacks the capacity to address its most pressing national problems. This course, a broad introduction to American government and politics, grapples with such conundrums. To focus our inquiry, we will take a policy-centered approach, examining the politics of health care policy and the “submerged state.” We will consider how we can better understand developments in these policy areas by considering: the American Founding and how it influenced the structure of our government; how our national institutions operate in shaping law and public policy; who has a voice in American politics and why some are far more influential than others; and how existing public policies themselves influence social, economic, and political power. Students will gain an introductory knowledge of the founding principles and structure of American government, political institutions, political processes, political behavior, and public policy. The aim of the course is to provide students with a broad framework for thinking about why American government and politics operate as they do, and to what extent and under what circumstances change is possible. It offers opportunities to develop the ability to reason, write, and talk about these subjects. Students will read several primary documents, such as Federalist papers and Supreme Court decisions; several contemporary analyses by political scientists; and a textbook with a distinct analytical approach. The course aspires to enable students to become critical thinkers and more engaged and savvy citizens, providing a foundation from which they may become future leaders in public life.

This is a University Course. University Courses at Cornell are designed to teach students to think from the perspectives of multiple disciplines, across departments and among diverse fields of study. University Courses foster intellectual discovery, promote debate, and address complex issues. Students taking University Courses enroll alongside students from across the university and examine engaging subjects through new and different lenses. This course aims to meet these goals by having students create, conduct, and analyze a national public opinion poll. Students will determine the questions asked on the survey, they will help conduct the telephone interviews, and they will analyze the data. The survey is a collaborative endeavor that depends on the entire class working together. There are no prerequisites for this course. Relying on methods and perspectives from Political Science and Communication, we will teach you everything you need to know to analyze the data.

GOVT 3082: American Political Campaigns, Teaching Fellow (Cornell University, Spring 2014)
​
This course focuses on political campaigns, a central feature of American democracy. We will examine how they work and the conditions under which they affect citizens' decisions. The course looks at campaign strategies and attributes of candidates, as well as how and whether they affect key outcomes such as the decision to turn out, who to vote for, and whether to spend money and volunteer time helping favored candidates win. 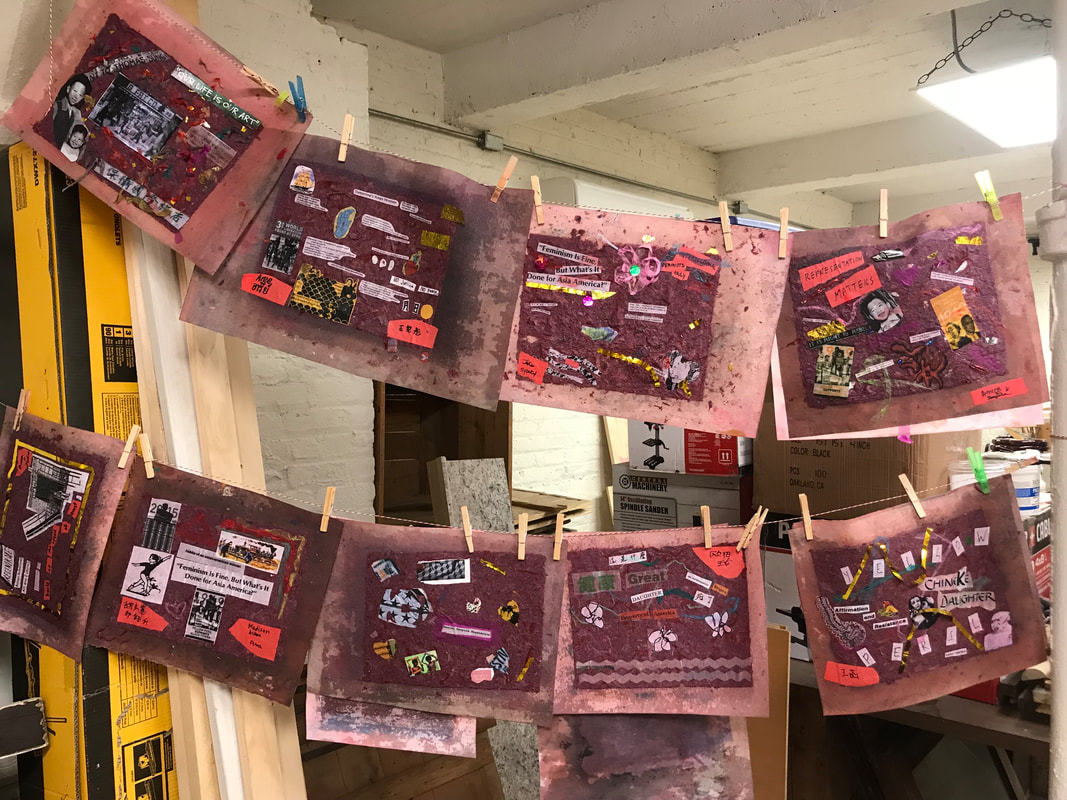 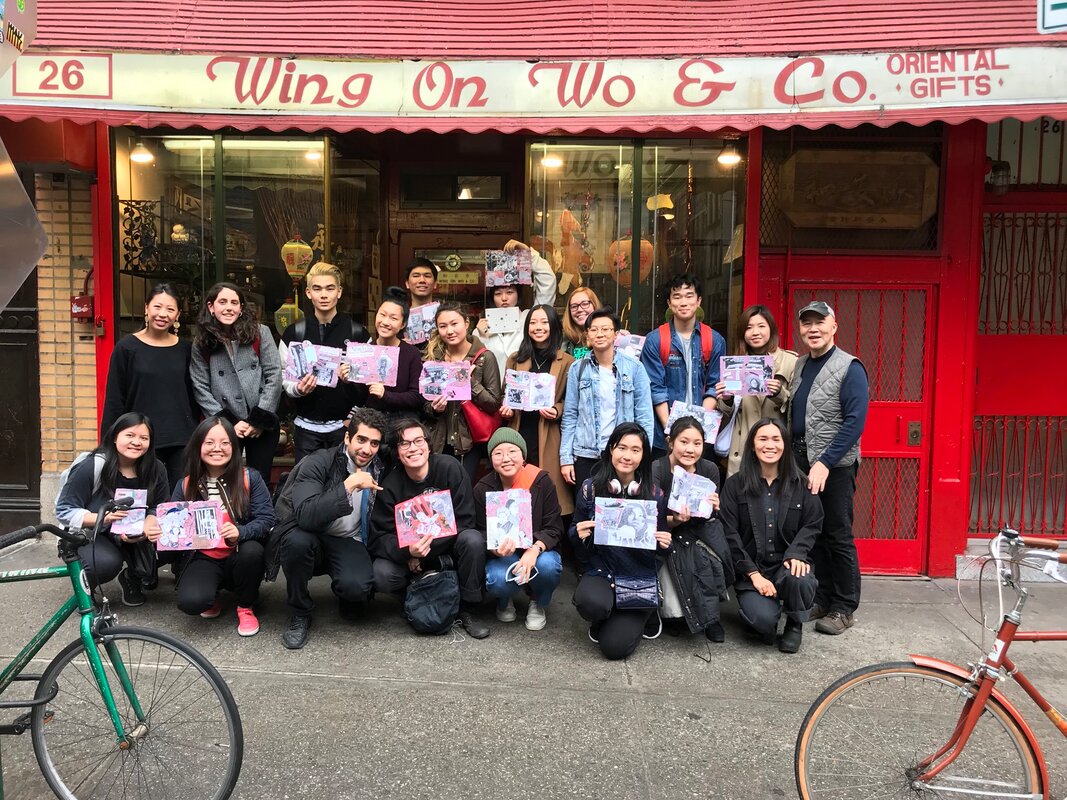